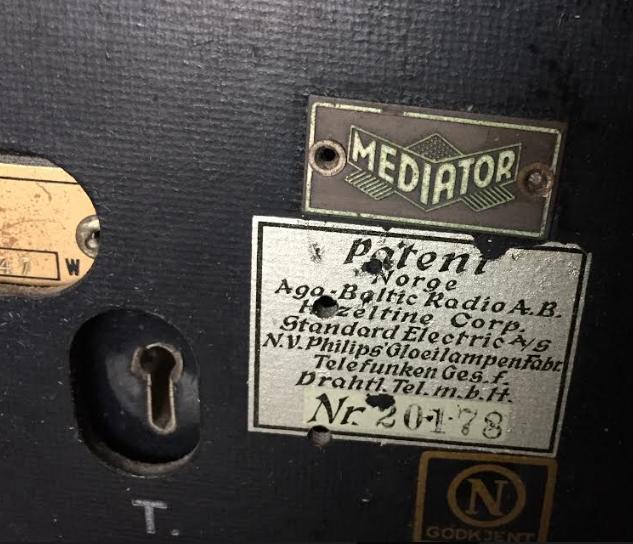 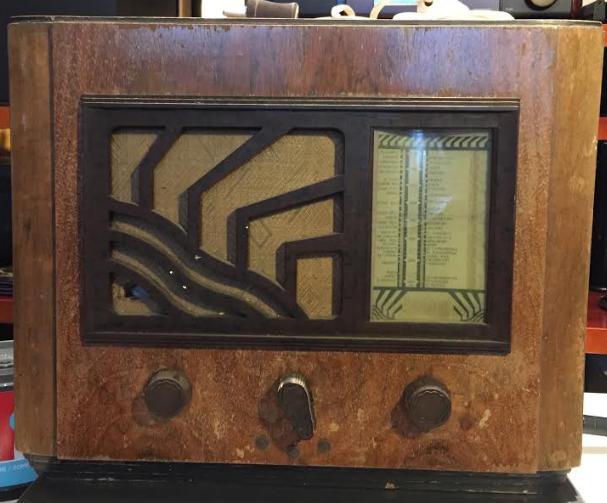 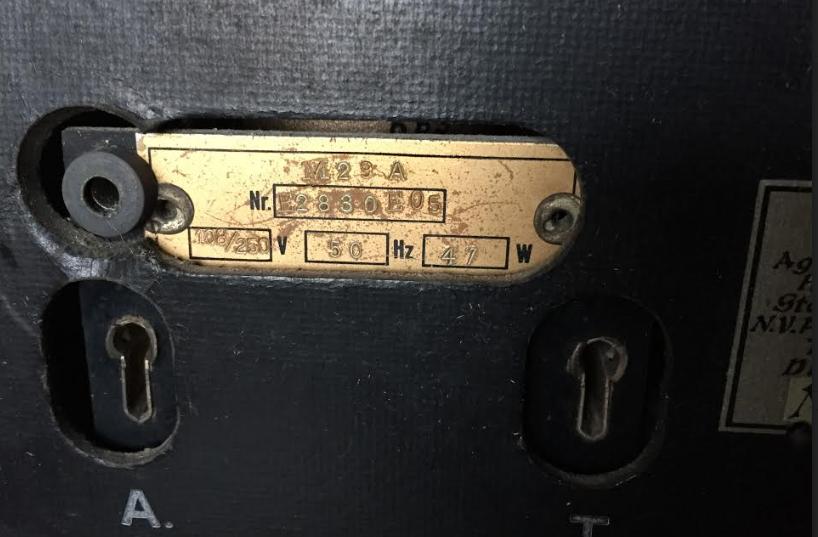 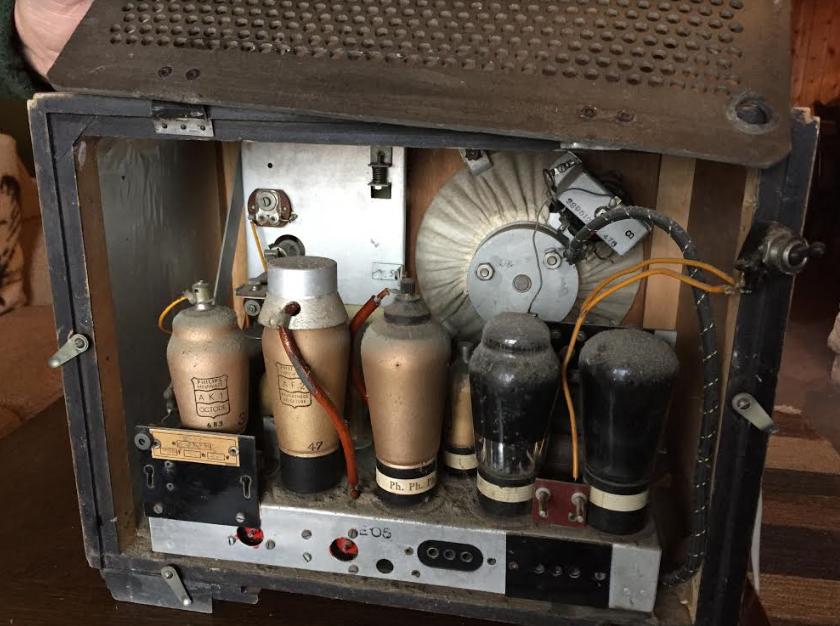 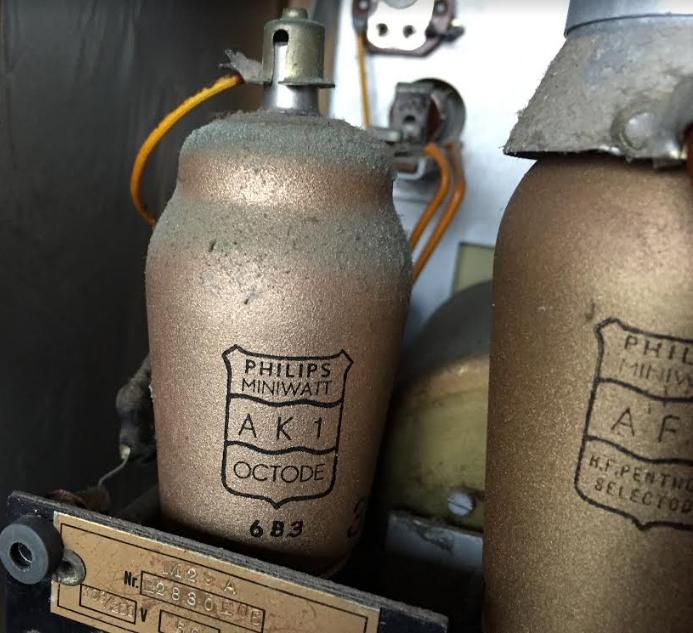 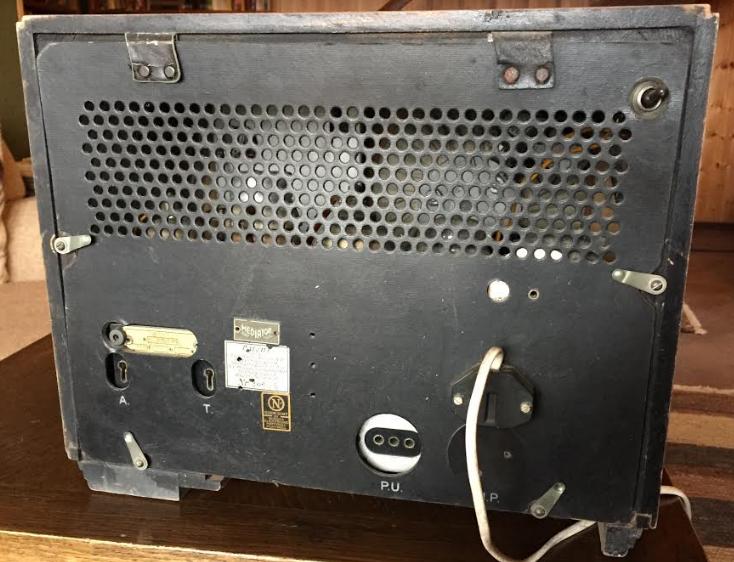 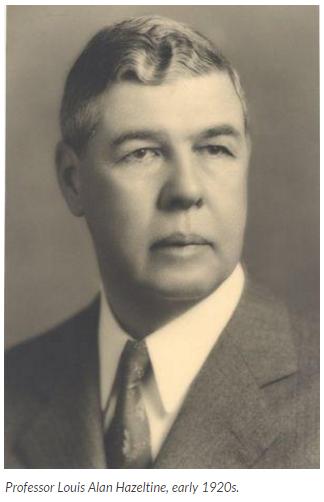 Louis Alan Hazeltine was born in Morristown, New Jersey in 1886. He attended the Stevens Institute of Technology in Hoboken, New Jersey, graduating with a degree in electrical engineering in 1906. Shortly thereafter he took a job with General Electric. After a year with GE, he returned to the Stevens Institute of Technology as a professor, and eventually became chair of the electrical engineering department in 1917.

Until the invention of the tetrode (4 element vacuum tube) in 1926, all radios used triode (three element) tubes. The problem with triodes is that the strong signal from the tube’s plate, which is the output element, can couple back into the tube’s grid, which is its input element. This can result in an unwanted feedback, similar in principle to placing a microphone too close to a loudspeaker in a public address system. It would result in the radio occasionally breaking into a howling squeal. As a result, manufacturers had to operate the tubes at less than optimum gain to prevent this feedback, reducing the sensitivity of the radio. In 1922, Hazeltine developed a method to cancel out, or “neutralize,” this unwanted feedback, allowing the tubes to be operated with much higher gain. Some sources attribute the development to Harold Wheeler, who worked under Hazeltine in his lab at the Stevens Institute, but Hazeltine was granted a patent for the invention, which he named the “Neutrodyne” circuit. A prototype of the Neutrodyne receiver was presented at a meeting of the Radio Society of America at Columbia University in 1923. 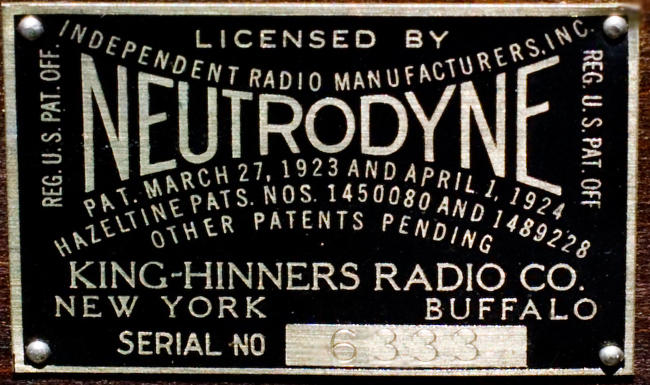 With the support of investors, the Hazeltine Corporation was formed in 1924 to take advantage of the patent. Harold Wheeler, while not receiving direct credit for the invention, was well compensated. He remained a partner to Hazeltine and rose to the position of Chairman of the Board of the Hazeltine Corporation at one point. The reason that the general public and many radio enthusiasts are not familiar with the Hazeltine Corporation is that, unlike the other major players of the time, Hazeltine chose not to produce any consumer radios. RCA held most of the major patents for radio circuits at the time, including Armstrong’s super heterodyne and regenerative circuits. Hazeltine licensed the use of his circuit, which was seen as a welcome alternative to the stranglehold that RCA had on the industry. More than twenty major radio manufacturers bought rights to use the circuit. The Neutrodyne circuit was a modification to the existing tuned radio frequency circuit, and thus elevated this circuit to become the circuit of choice by radio manufacturers throughout the 1920s. It also made radios utilizing it easier to tune and operate.

In 1927, the tetrode tube hit the market. Its design placed a shield element between the tube’s grid and plate, blocking the unintended feedback path. It rendered the need for the Neutrodyne circuit obsolete, but by then more than 10 million radios using it had been produced, earning an estimated $3 million in royalties for the Hazeltine Corporation.

Hazeltine continued to develop and patent radio circuits. His next major achievement was the Automatic Gain Control (AGC) circuit, which kept the volume of a radio constant when the signal faded or varied. This circuit was licensed for use with both Tuned Radio Frequency and Super Heterodyne receivers, and is still used in modern radios. It samples the strength of the received signal and adjusts the gain of the radio’s amplifier circuits accordingly. Without it, the sensitive heterodyne circuit could be easily overloaded by strong local signals.

In 1936, Hazeltine served a term as president of The Institute Of Radio Engineers , a professional society similar to the current Instiute of Electrical and Electronics Engineers ( IEEE ). Although the Hazeltine Corporation never manufactured consumer radios, it became a military contractor in WWII, when it developed and manufactured a radio based “friend or foe” identification system for allied aircraft. The company would also play a role in the advancement of military radar systems. During the war, the professor also served as a consultant to the Office of Scientific Research and Development.

The Hazeltine Corporation also developed and licensed many of the basic concepts of the NTSC (National Television Systems Committee) color television system. It competed against systems developed by CBS and NBC, but was chosen over these systems because it was completely compatible with the existing black and white TV system. TV signals from the CBS and NBC systems were not viewable on existing black and white TVs.

Louis A. Hazeltine passed away in 1964 at age 78. He had 36 patents in his name. In the 1970s, the corporation briefly produced a line of monochrome computer terminals. The Hazeltine Corporation remained a defense contractor on and off until 1986, when they were acquired by the Emerson Electric Corporation. Emerson sold off its defense business in 1996. In a deal said to be worth $110 million, the company was bought by GEC-Marconi Electronic systems, a General Electric subsidiary, and renamed GEC-Marconi Hazeltine. In 1999, the company merged with British Aerospace to form BAE Systems, marking an end to the commercial use of the Hazeltine name. 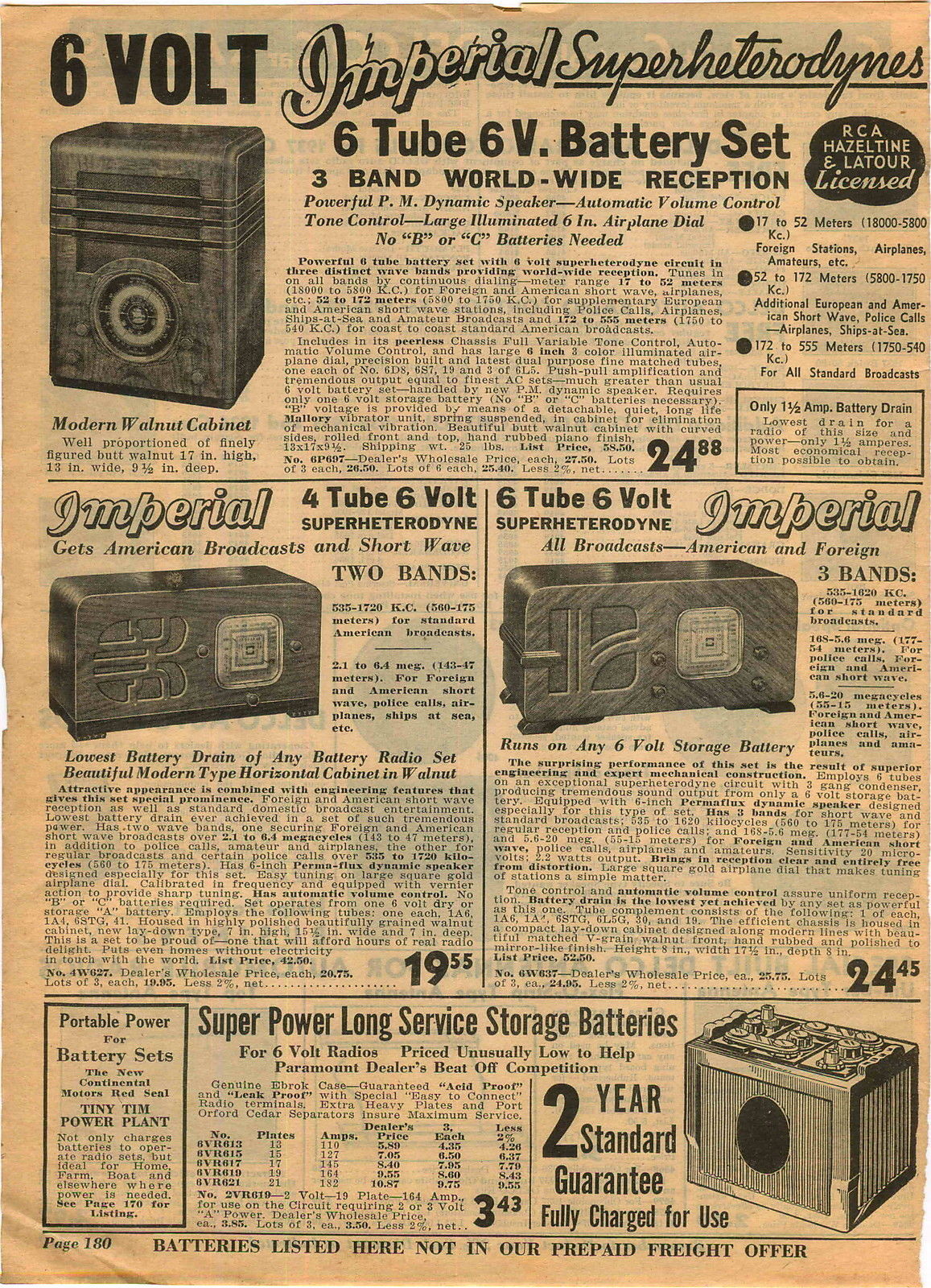 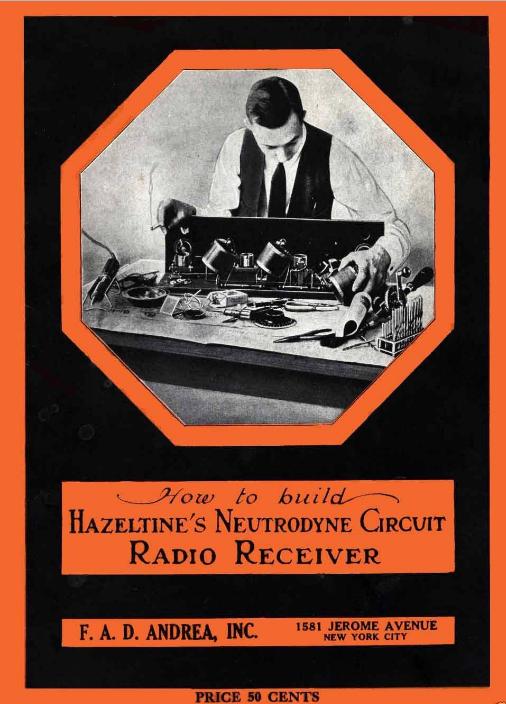 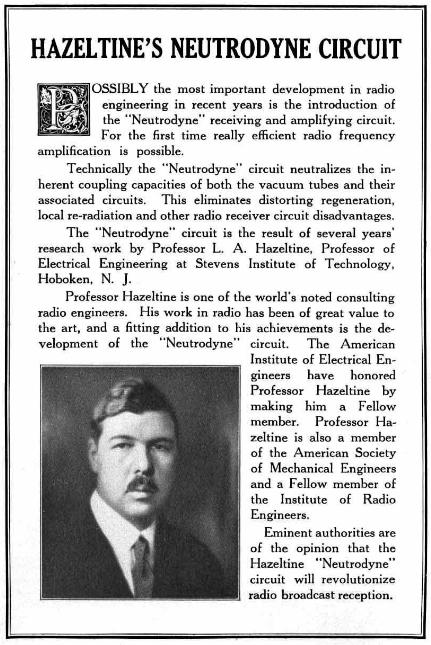 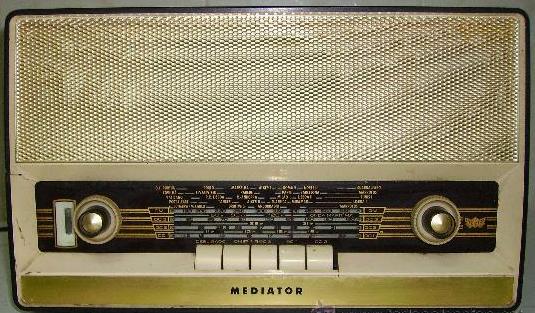 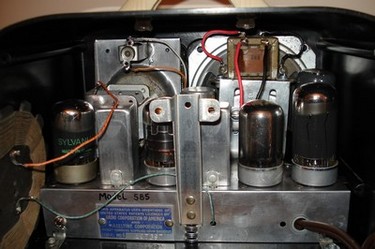 Typical AA5 chassis by the Hazeltine Corp. (who made a lot of chassis for many radio different radio manufacturers) 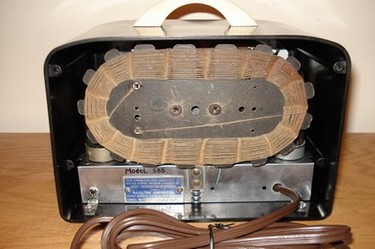 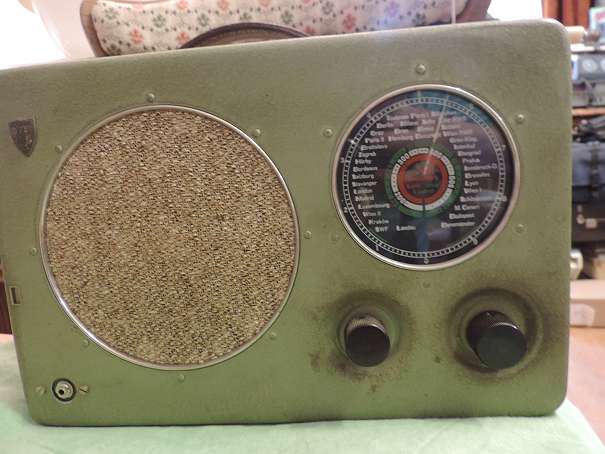 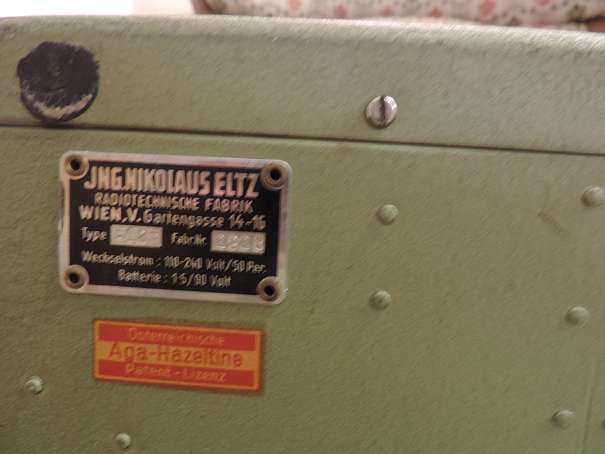 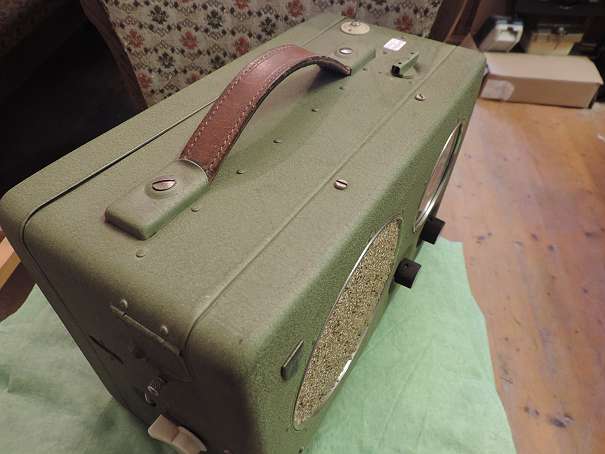 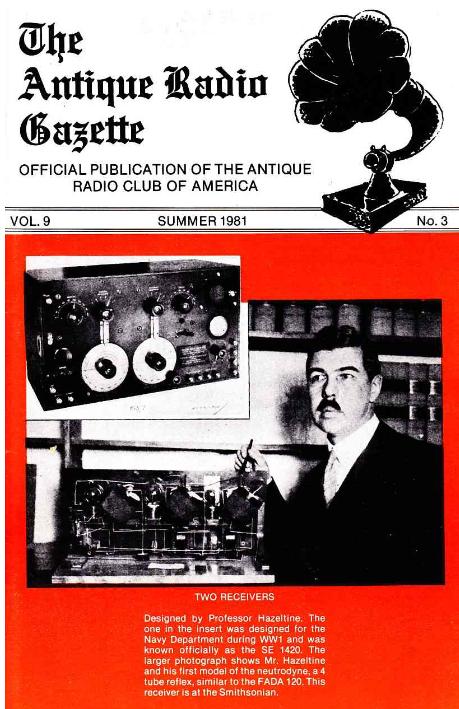 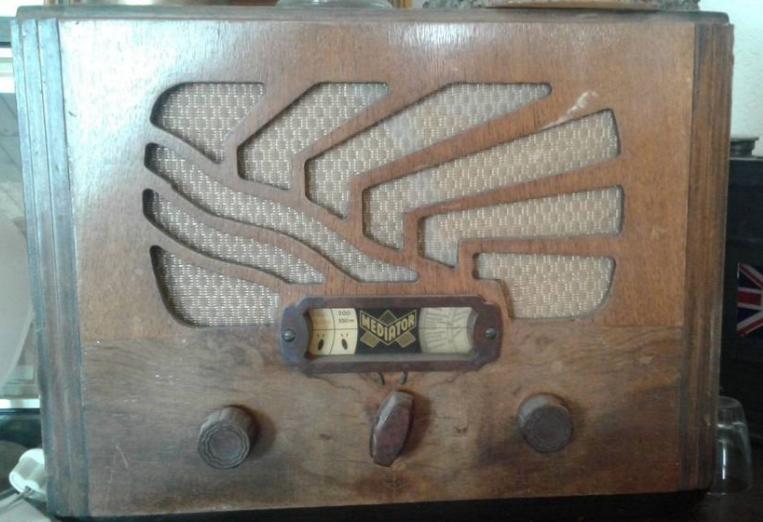 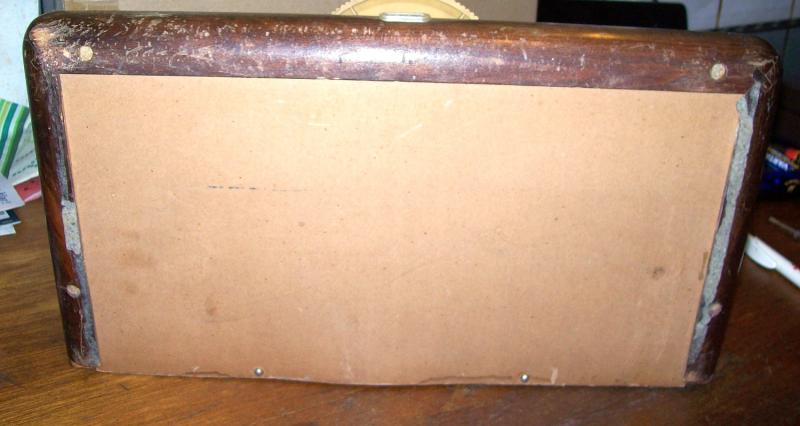 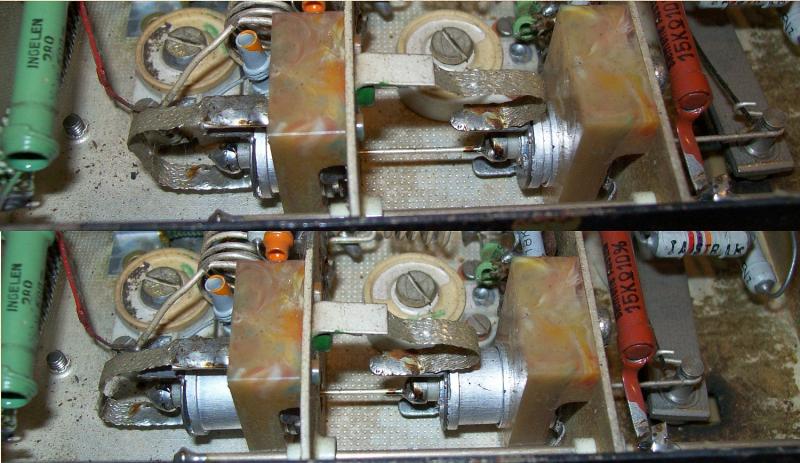 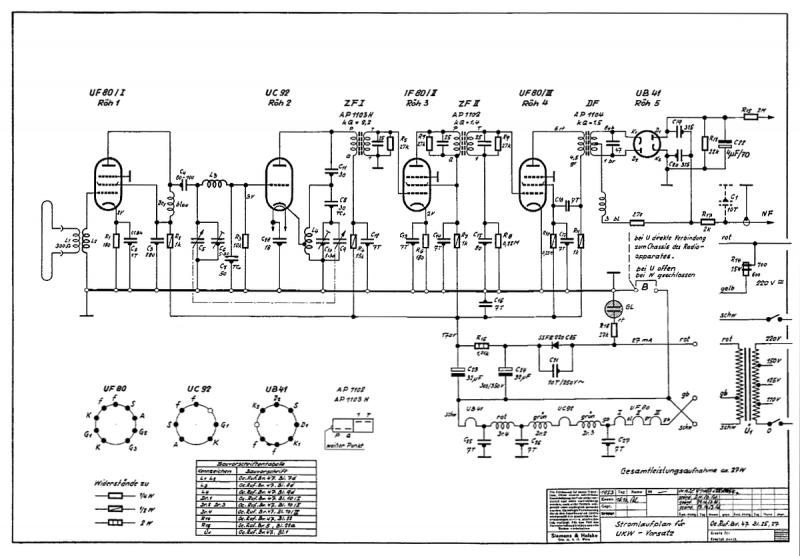 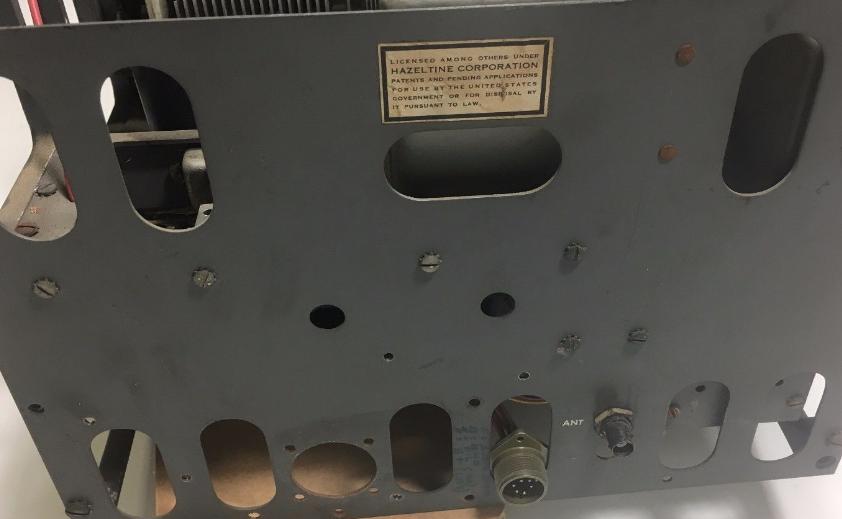 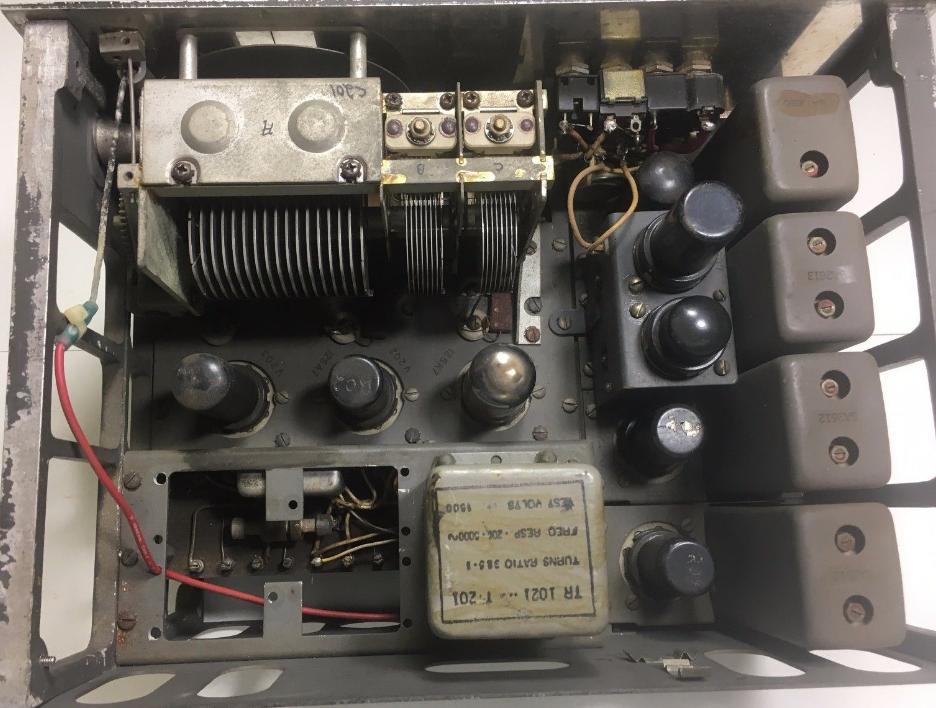 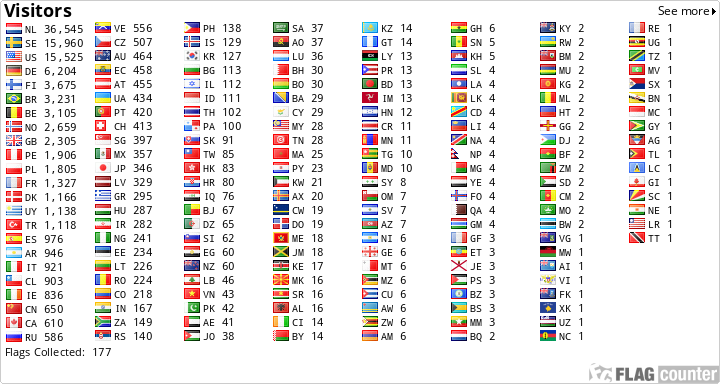