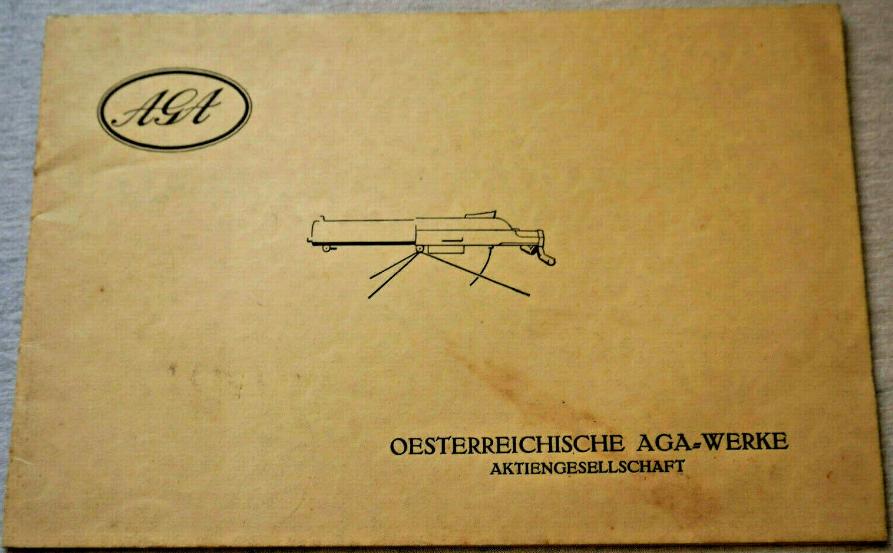 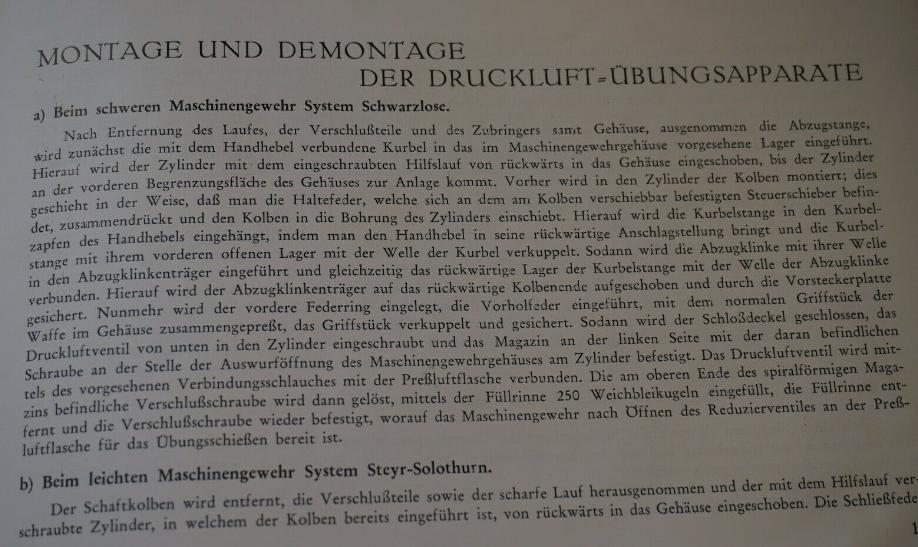 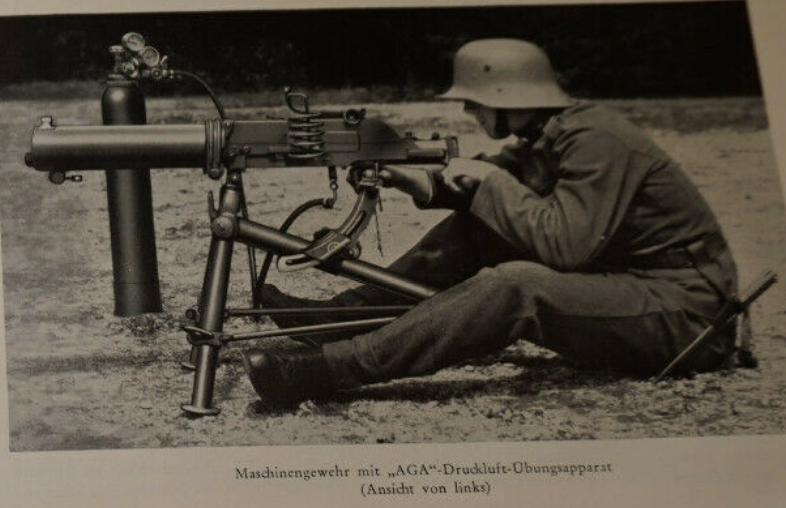 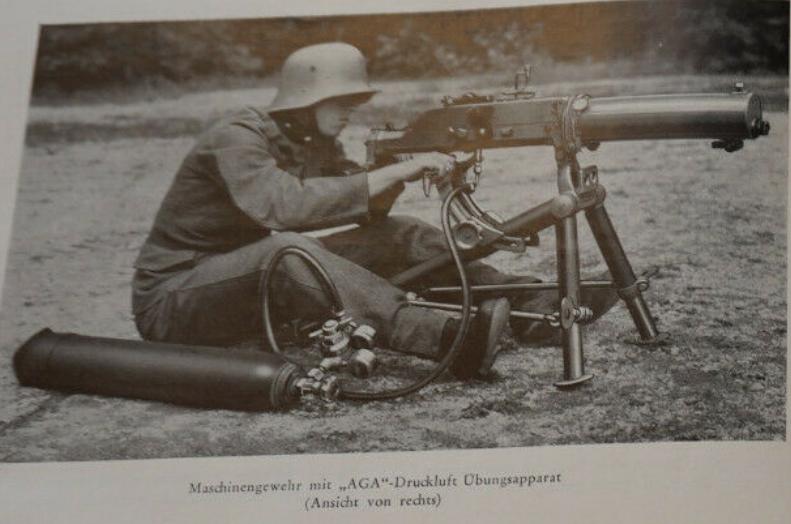 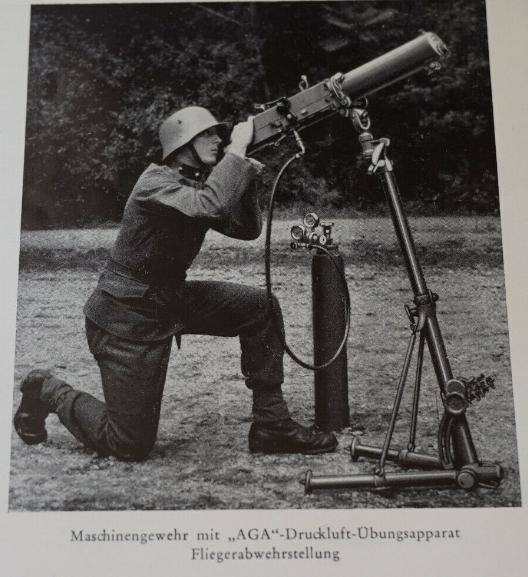 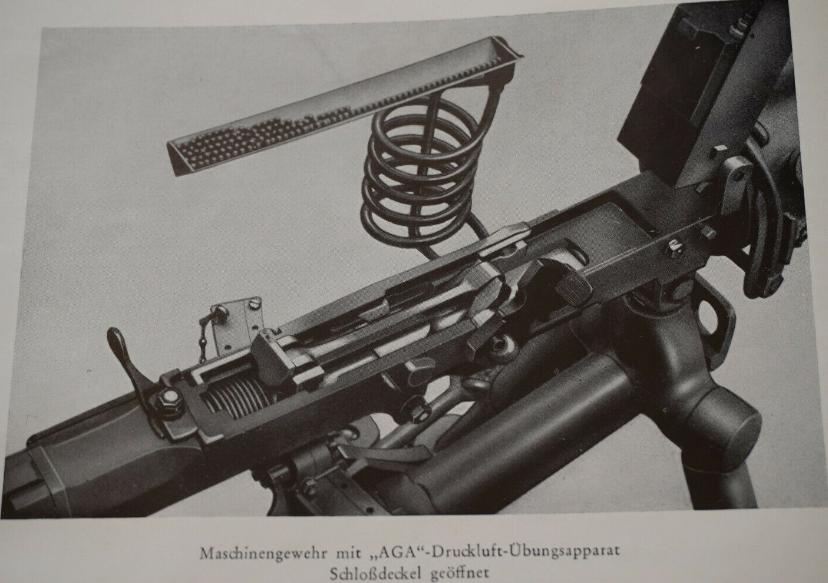 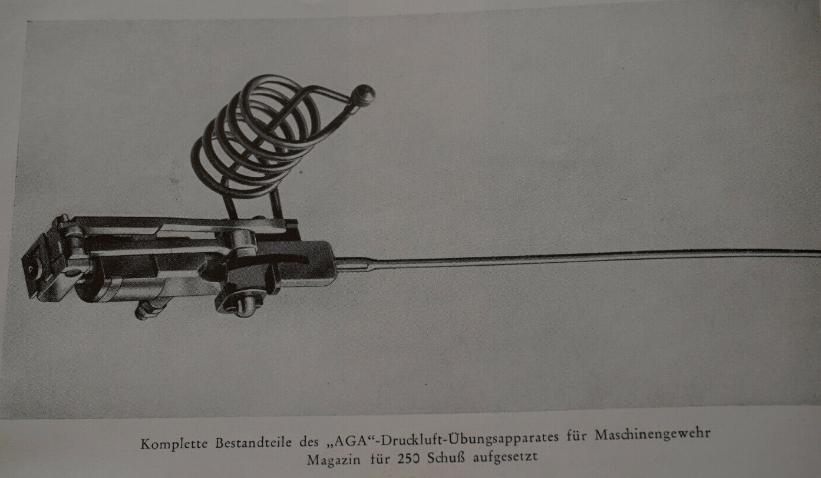 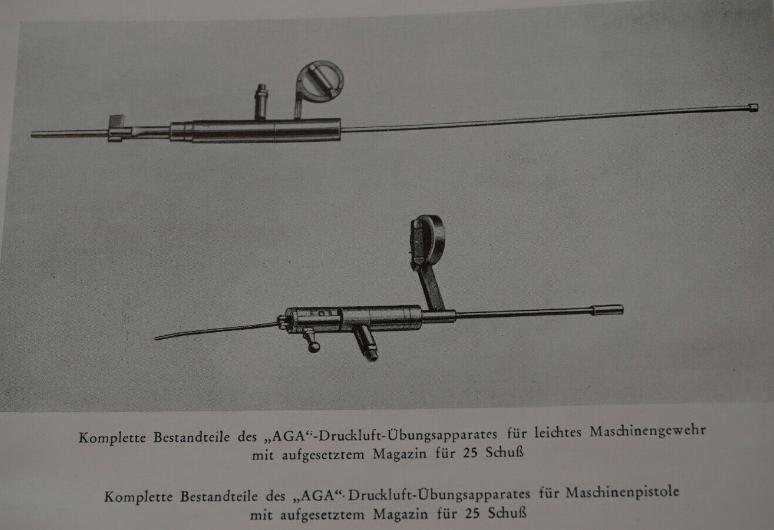 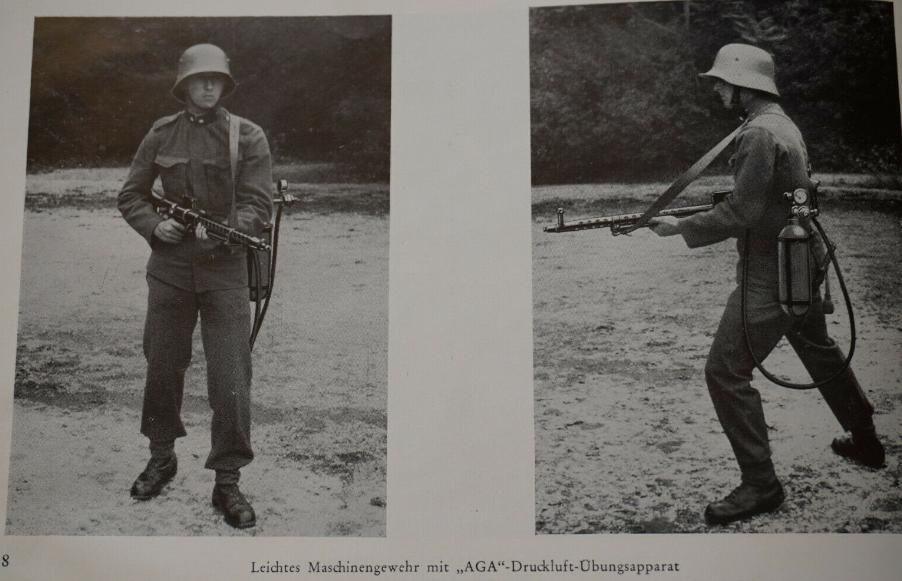 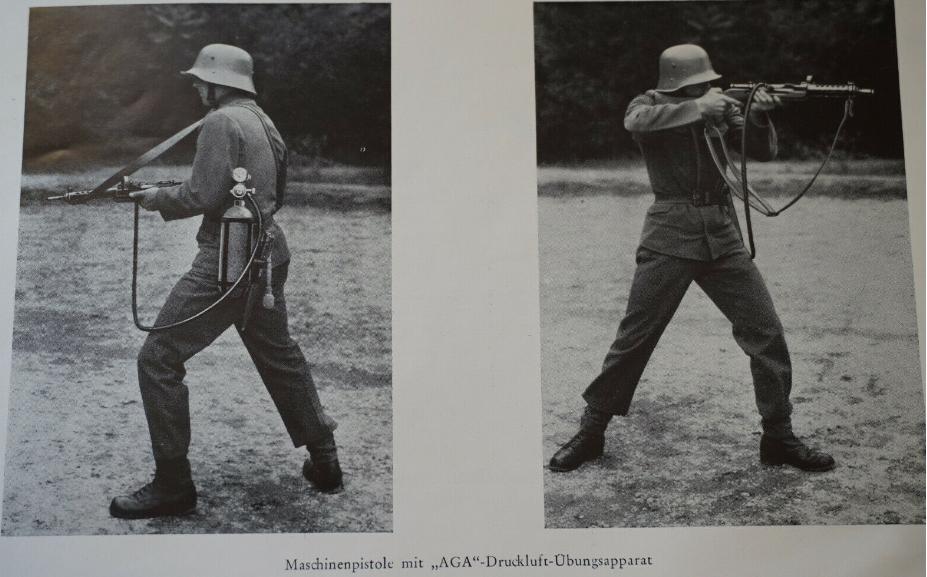 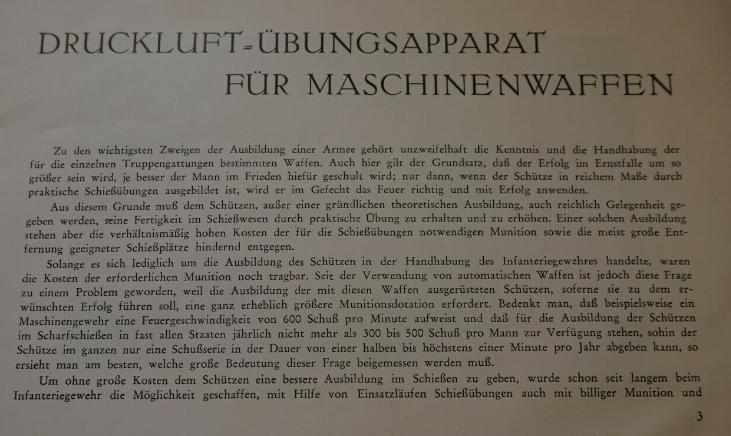 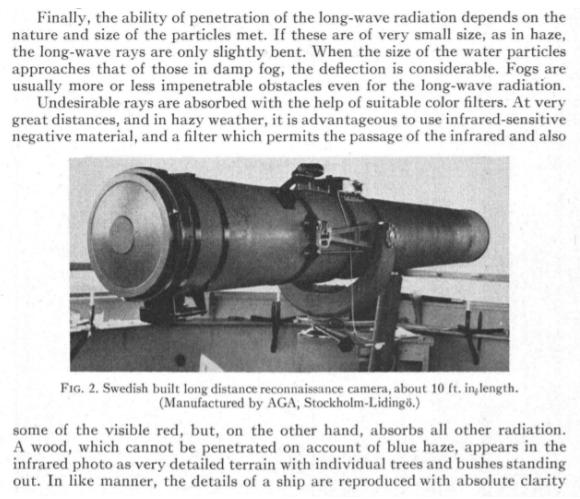 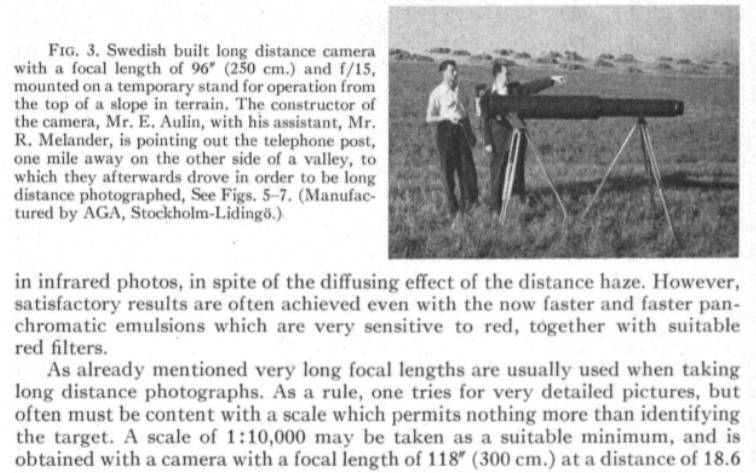 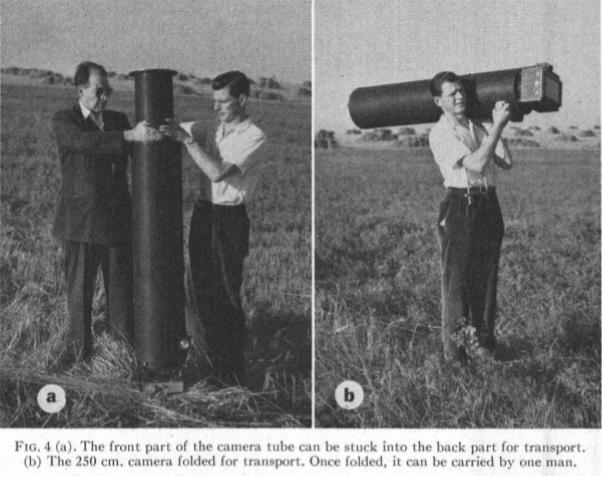 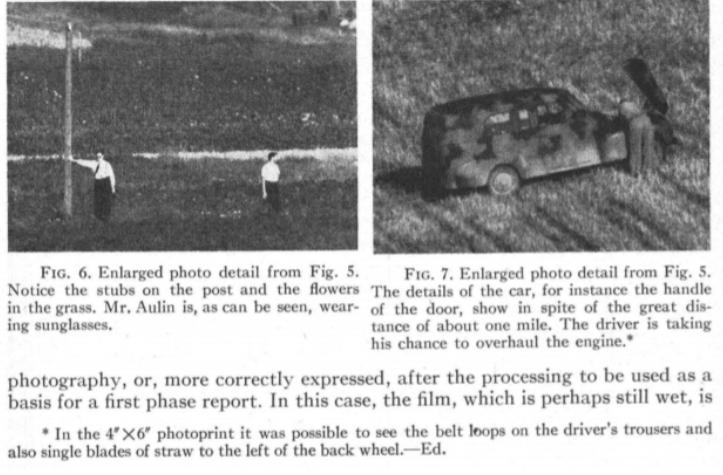 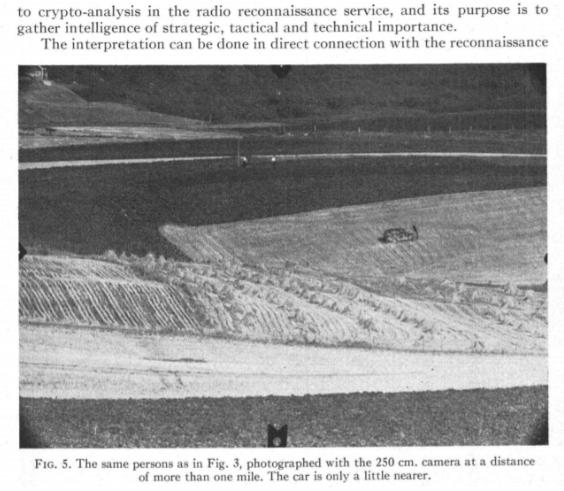 Finally, the ability of penetration of the long-wave radiation depends on the
nature and size of the particles met. If these are of very small size, as in haze,
the long-wave rays are only slightly bent. When the size of the water particles
approaches that of those in damp fog, the deflection is considerable. Fogs are
usually more or less impenetrable ohstacles even for the long-wave radiation.
Undesirable rays are absorbed with the help of suitable color filters. At very
great distances, and in hazy weather, it is advantageous to use infrared-sensitive
negative material, and a filter which permits the passage of the infrared and also
FIG. 2. Swedish built long distance reconnaissance camera, about 10 ft. iIlflength.
(Manufactured by AGA, Stockholm-Lidingo.)
some of the visible red, but, on the other hand, absorbs all other radiation.
A wood, which cannot be penetrated on account of blue haze, appears in the
infrared photo as very detailed terrain with individual trees and bushes standing
out. In like manner, the details of a ship are reproduced with absolute clarity
FIG. 3. Swedish built long distance camera
with a focal length of 96″ (250 cm.) and f/15,
mounted on a temporary stand for operation from
the top of a slope in terrain. The constructor of
the camera, Mr. E. Aulin, with his assistant, Mr.
R. Melander, is pointing out the telephone post,
one mile away on the other side of a valley, to
which they afterwards drove in order to be long
distance photographed, See Figs. 5-7. (Manufactured by AGA, Stockholm-Lidingo.)
in infrared photos, in spite of the diffusing effect of the distance haze. However,
satisfactory results are often achieved even with the now faster and faster panchromatic emulsions which are very sensitive to red, together with suitable
red filters. .
As already mentioned very long focal lengths are usually used when taking
long distance photographs. As a rule, one tries for very detailed pictures, but
often must be content with a scale which permits nothing more than identifying
the target. A scale of 1: 10,000 may be taken as a suitable minimum, and is
obtained with a camera with a focal length of 118″ (300 em.) at a distance of 18.6
miles (30,000 m.), but at a distance of Q.2 miles (10,000 m.) with a focal length
of 39.4″ (100 cm.). To make full use of the possibilities of the long lenses, one
must place the cameras so high that the visual range does not fall below the
optical range of the instrument. .
During a lecture at the World Congress at the Hague, in September 1948,
I had the opportunity of showing a picture of a Swedish-built long distance mirror camera with as great an aperture as 30 cm. (see Figure 2) which was suitable
for photographing at dusk. However, on account of air turbulence one cannot
use such strong optics very often. The four element lens camera with a focal
length of 98.5″ (250 cm.) as shown in Figures 3-4 was therefore constructed on
the basis of my experience and experiments with long distance cameras with
FIG. 4 (a). The front part of the camera tube can be stuck into the back part for transport.
(b) The 250 cm. camera folded for transport. Once folded, it can be carried by one man.
various apertures. It has a considerably smaller aperture, f/15, and therefore
takes less room and is not heavy to transport. The lens is designed for use mainly
in the red and infrared parts of the” spectrum. Very good results were achieved
with the trial camera delivered in the summer of 1951, when photos were taken
both in terrain and at sea, when turbulence in the air diffused the details in
photos taken on the same occasion and with a great aperture. Examples of
photography in terrain with this camera are shown in Figures 5-7, where the
distance to the target was about 1 mile (about 1,600 m.).
PHOTO-INTERPRETATION
Photo-interpretation in military intelligence embraces interpretation and
analysis of photographic intelligence material-aerial and ground photographs
-in order to extract the greatest possible amount of intelligence concerning the
enemy and the topography in general. Such activity may be said to correspond
438 PHOTOGRAMMETRIC ENGINEERING
REPORT OF COMMISSION VII (PHOTOGRAPHIC INTERPRETATION) 439
to crypto-analysis in the radio reconnaissance service, and its purpose is to
gather intelligence of strategic, tactical and technical importance.
The interpretation can be done in direct connection with the reconnaissance
FIG. 5. The same persons as in Fig. 3, photographed with the 250 cm. camera at a distance
of more than one mile. The car is only a little nearer.
FIG. 6. Enlarged photo detail from Fig. 5.
Notice the stubs on the post and the flowers
in the grass. Mr. Aulin is, as can be seen, wearing sunglasses.
FIG. 7. Enlarged photo detail from Fig. S.
The details of the car, for instance the handle
of the door, show in spite of the great distance of about one mile. The driver is taking
his chance to overhaul the engine.*
photography, or, more correctly expressed, after the processing to be used as a
basis for a first phase report. In this case, the film, which is perhaps still wet, is
* In the 4″ X6″ photoprint it was possible to see the belt It>ops on the driver’s trousers and
also single blades of straw to the left of the back wheel.-Ed.