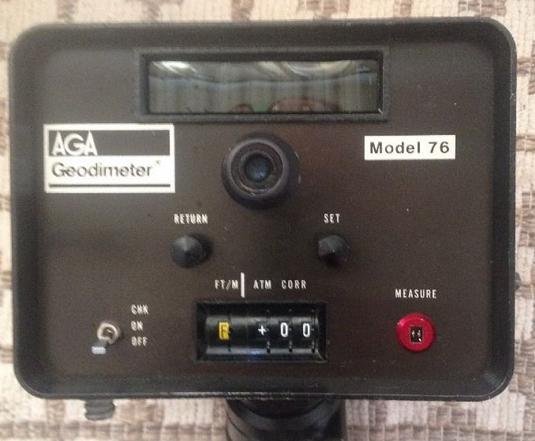 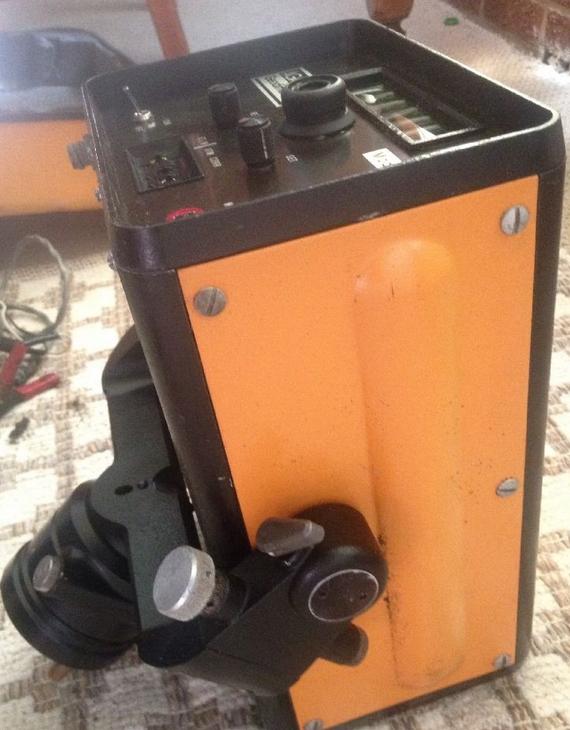 Discussion:
The Geodimeter Model 76 is a short-range, laser-based EDM with automatic read-out. It was introduced in 1972, cost $4,100, and was said to have been “Developed in America for the North American Market.” In fact, Precision International of Tullahoma, Tennessee, developed the Model 76, as well as the production facilities in Secaucus, N.J. The instrument was covered, in part, by patent #3,787,118 for “Compensation Means for Polarized Light Electro-Optical Modulator” granted on January 22, 1974, to Thomas Noacki, John Shipp, Robin Hines, and Thomas Broadbent, and assigned to AGA Corp.; and by patent #3,832,056 for “Distance Measuring Device Using Electro-Optical Techniques” granted on August 27, 1974, to Shipp, Hines, William Hollinshead, and Broadbent, and assigned to AGA. Precision International had been established in 1971 by men who had worked at the Engineering Development Center at Arnold Air Force Base. They would later develop theBeetle EDM. 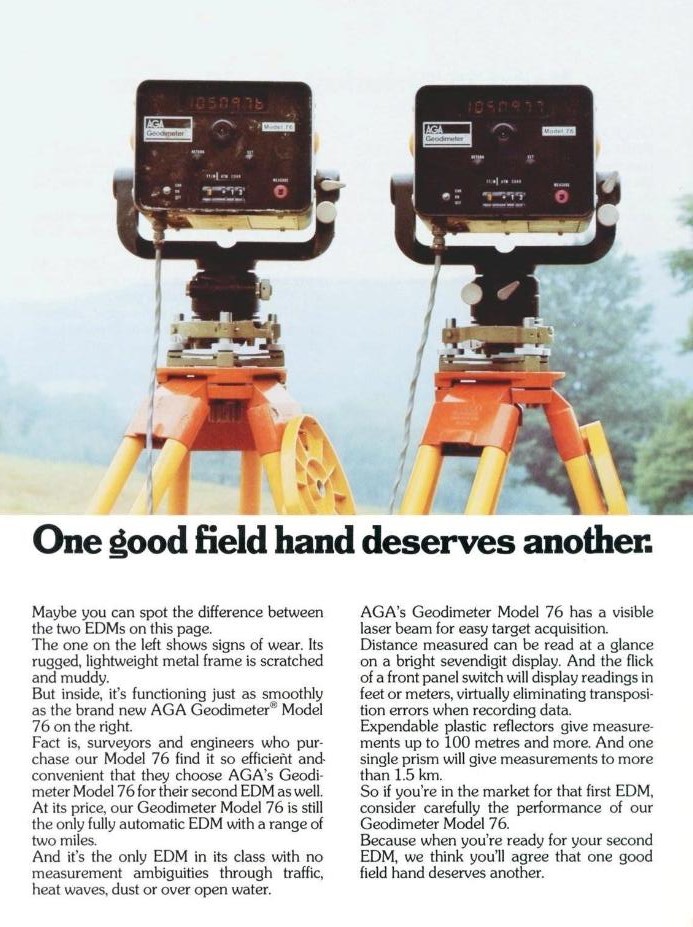 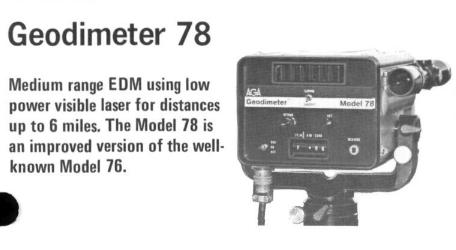 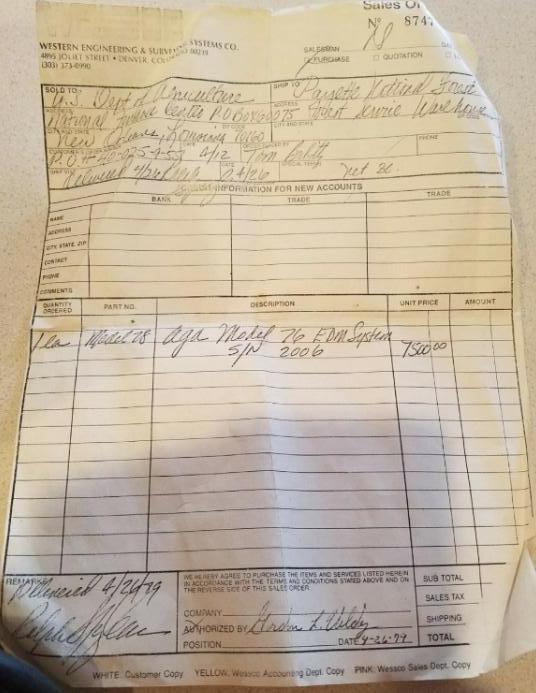 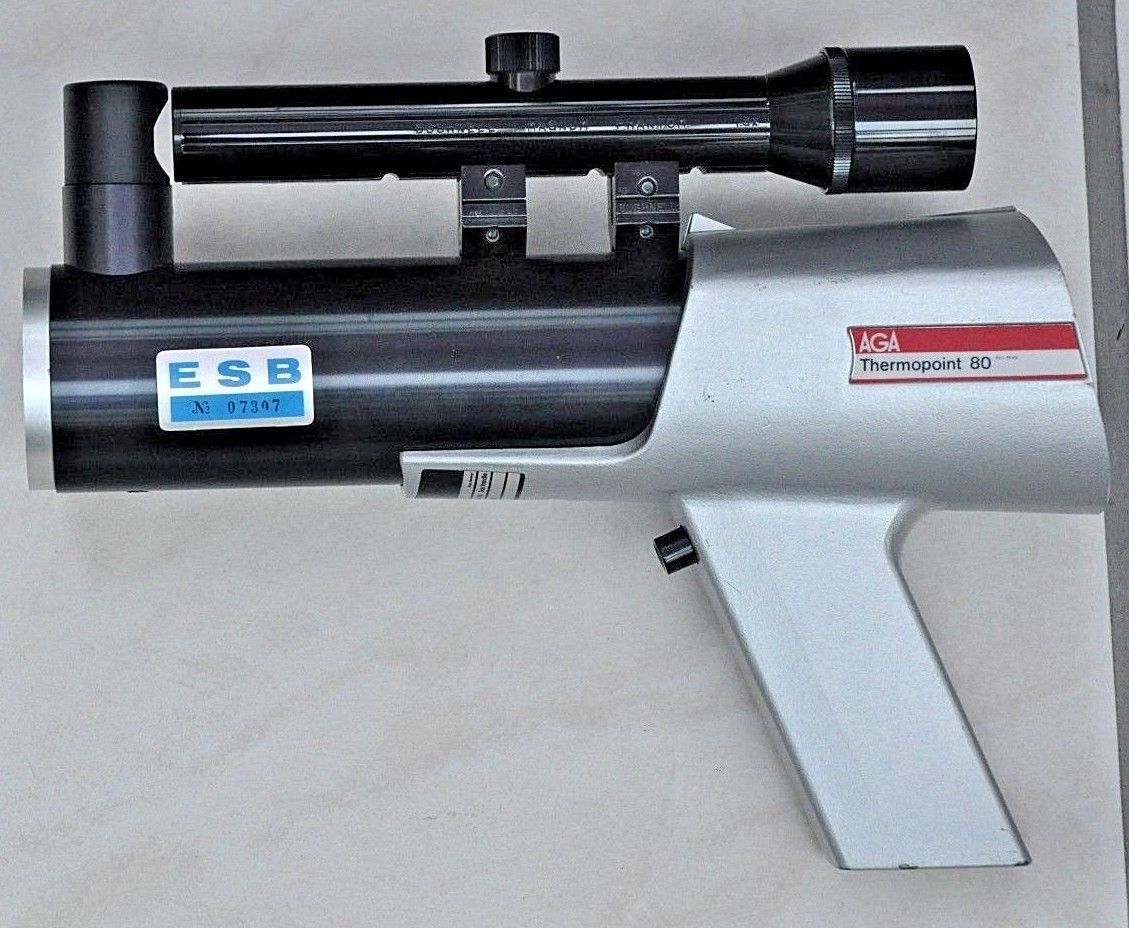 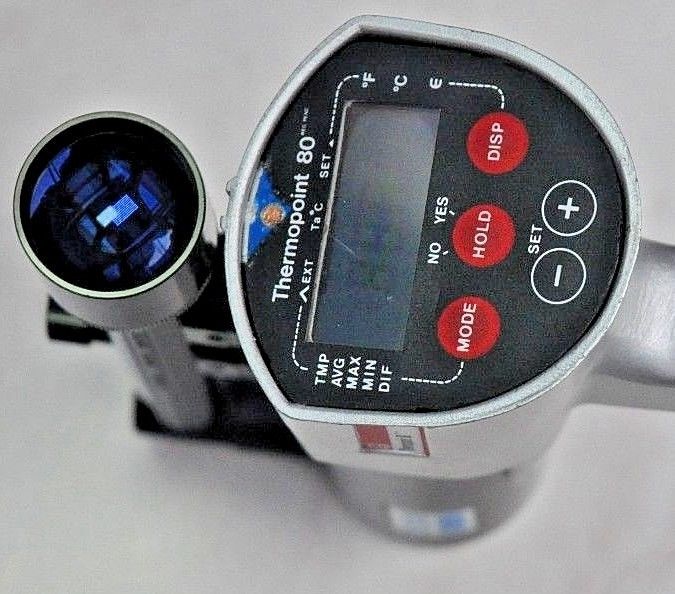 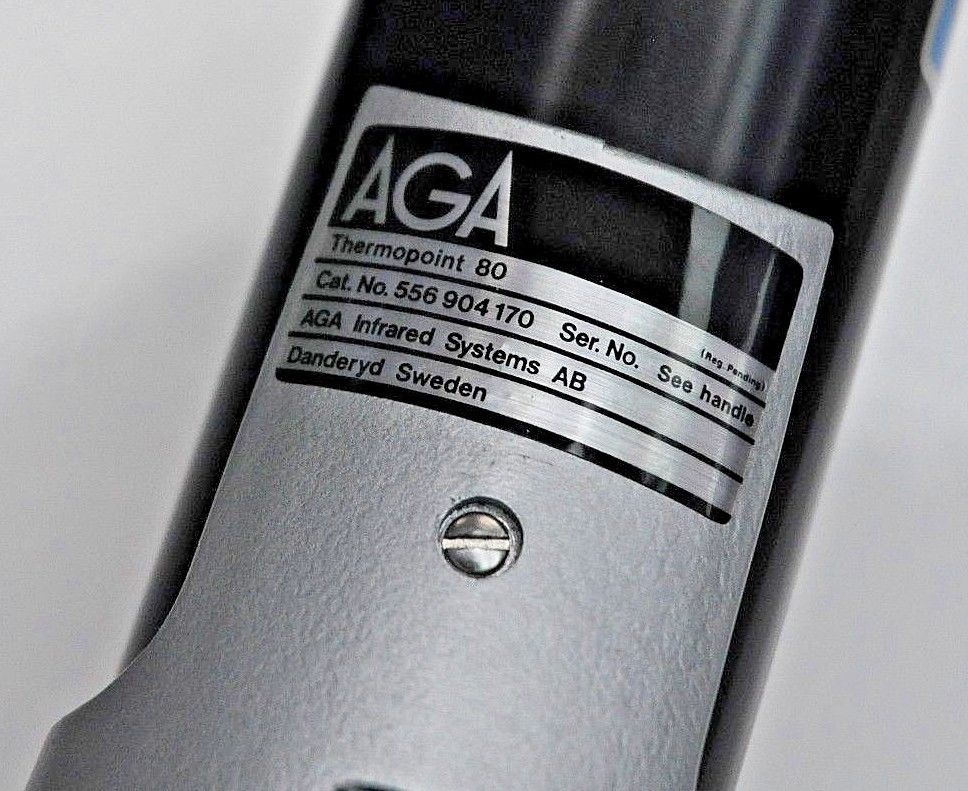