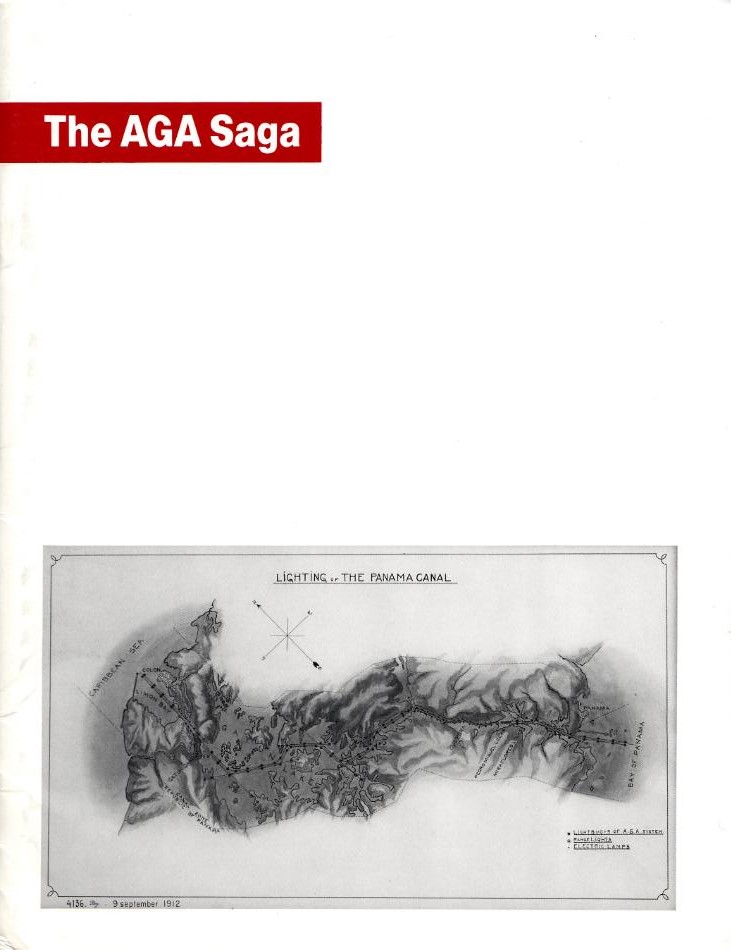 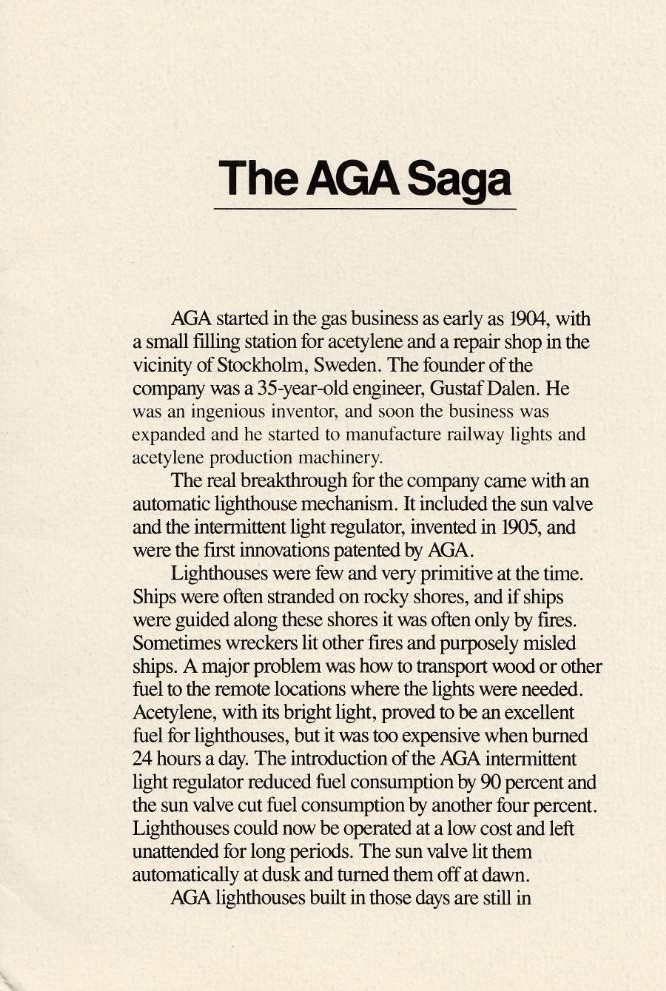 AGA started in the business as early as 1904, with

vicinity of Stockholm, Sweden. The founder of the

company was a 35-year-old engineer, Gustaf Dalèn. He

was an ingenious inventor, and soon the business was

expanded and he started to manufacture railway lights and

The real breakthrough for the company came with an

and the intermittent light regulator, invented in 1905, and

were the first innovations patented by AGA.

Lighthouses were few and very primitive at the time.

Ships were often stranded on rocky shores, and if ships

were guided along these shores it was often only by fires.

ships. A major problem was how to transport wood or other

fuel to the remote locations where the lights were needed.

Acetylene, with its bright light, proved to be an excellent

fuel for lighthouses, but it was too expensive when burned

24 hours a day. The introduction of the AGA intermittent

the sun valve cut fuel consumption by another four precent.

Lighthouses could now be operated at a low cost and left

unattended for long periods. The sun valve lit them

automatically at dusk and turned them off at dawn.

AGA lighthouses built in those days are still in 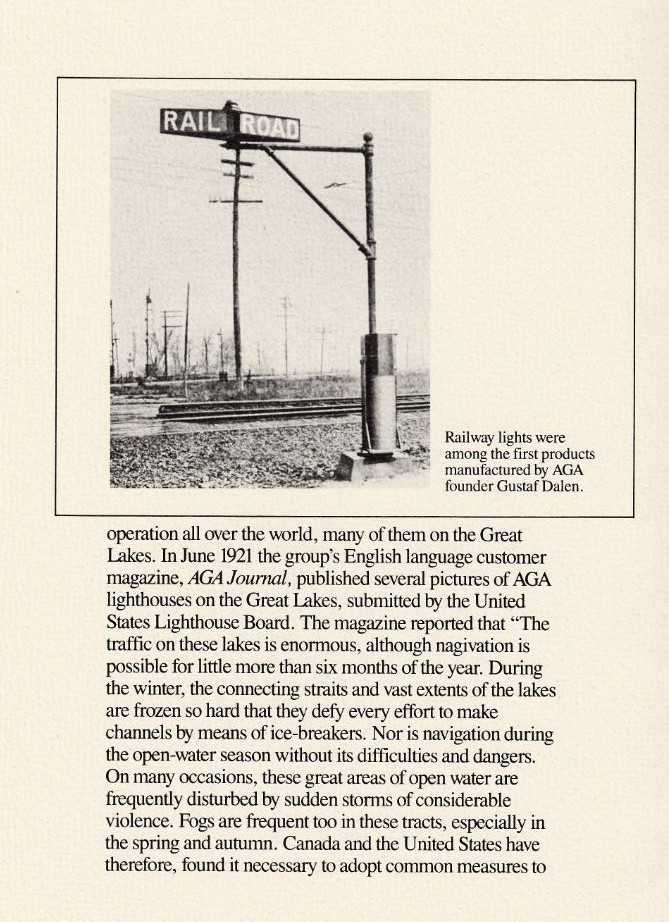 Railway lights were among the first productsmanufactured by AGA founder Gustaf Dalen.

operation all over the world, many of them on the Great

lichthouses on the Great Lakes, submitted by the United

States Lighthouse Board. The magazine reported that “The

traffic on these lakes is enormous, although navigation is

possible for little more than six months of the year. During

the winter, the connecting straits and vast extents of the lakes

are frozen so hard that they defy every effort to make

channels by means of ice-breakers. Nor is navigation during

the open-water season without its difficulties and drangers.

On many occasions, these great areas op open water are

violence. Fogs are frequent too in these tracts, especially in

the spring and autumn. Canada and the United States have

therefore, found it necessary to adopt common measures to 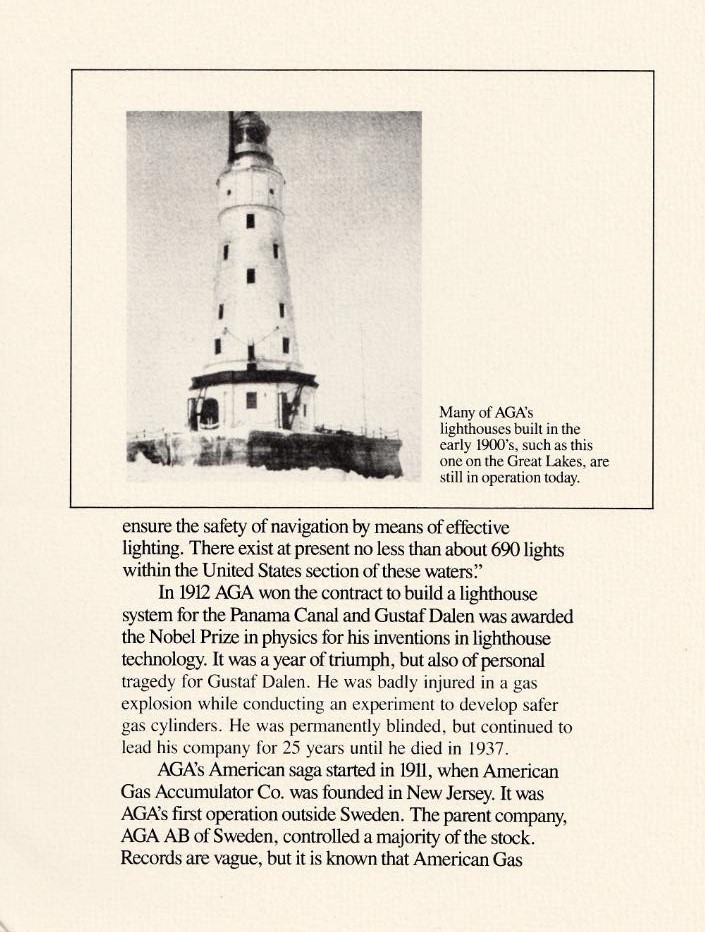 lighthouses built in the

one on the Great Lakes, are

ensure the safety og navigation by means of effective

lighting. There exist at presents no less than about 690 lights

within the United States section of these waters”.

In 1912 AGA won the contract to build a lighthouse

system for the Panama Canal and Gustaf Dalen was awarded

the Nobel Prize in physics for his inventions in lighthouse

technology. It was a year of triumph, but also of personal

tragedy for Gustaf Dalen. He was badly injured in a gas

explosioin while conducting an experiment to develop safer

gas cylinders. He was permanently blinding, but continued to 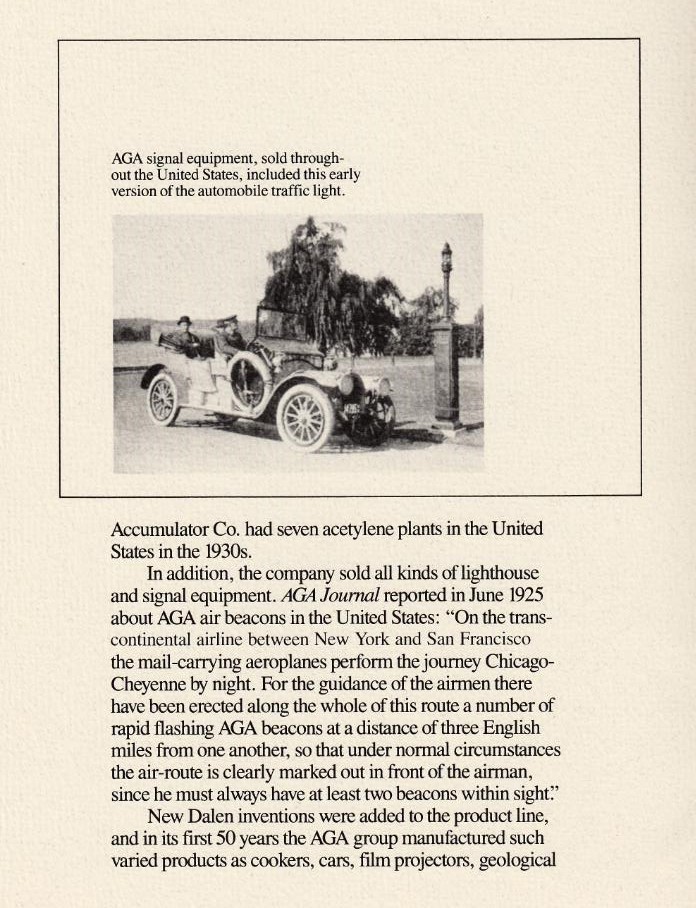 out the United States, included this eurly

version of the automobile traffec light.

Accumulator Co. had seven acetylene plants in the United

In addition, the compagny sold all kinds of lighthouse

about AGA air beacons in the United States: Ön the trans-

Cheyenne by night. For the guidance of the airmen there

rapid flashing AGA beacons at a distance of three English

miles from one another, so that under normal circumstances

the air-route is clearly marked out in front of the airman,

since he must always have at least two beacons within sighr”.

New Dalen inventions were added to the product line,

and in its first 50 years the AGA group manufactured such 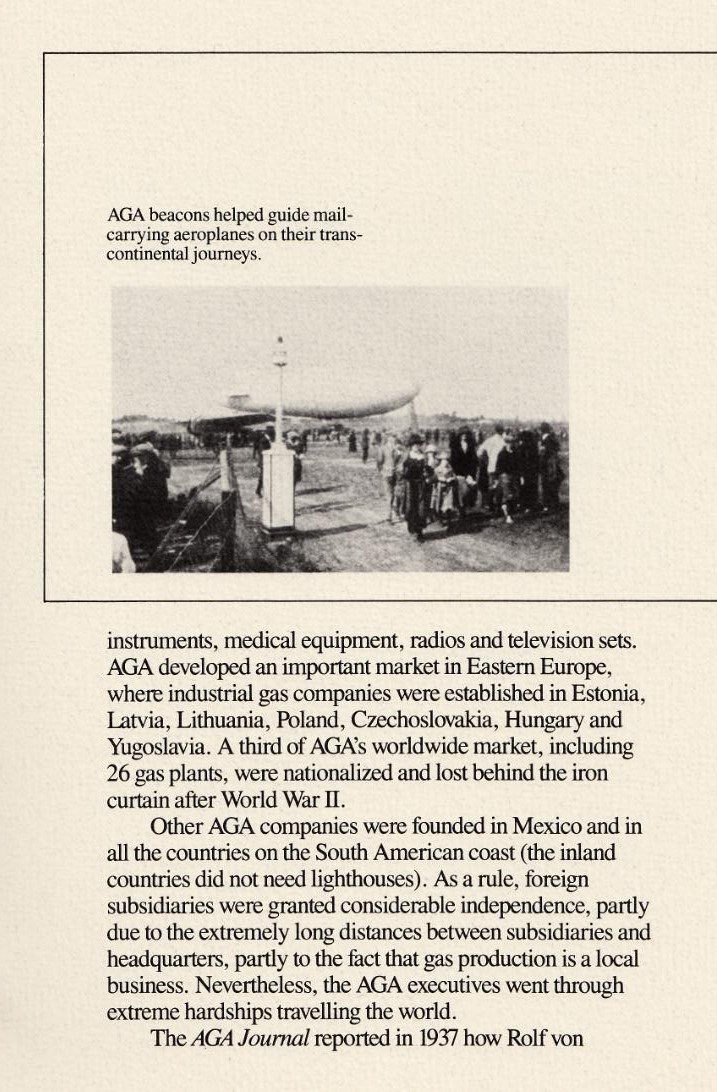 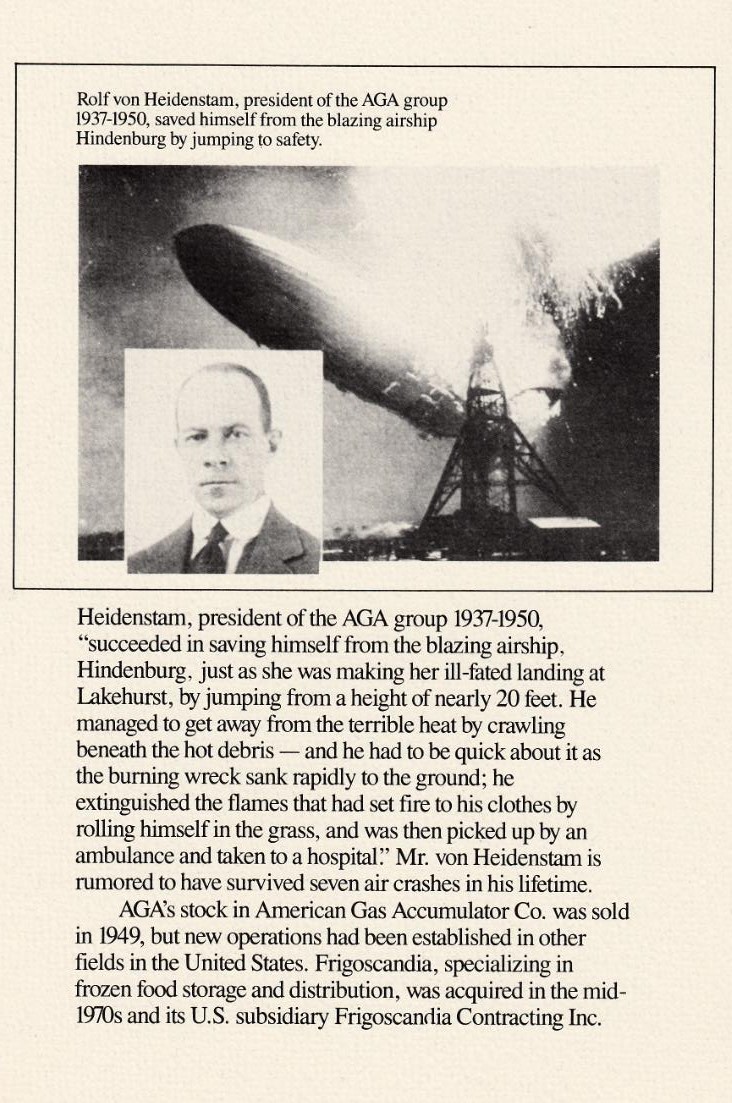 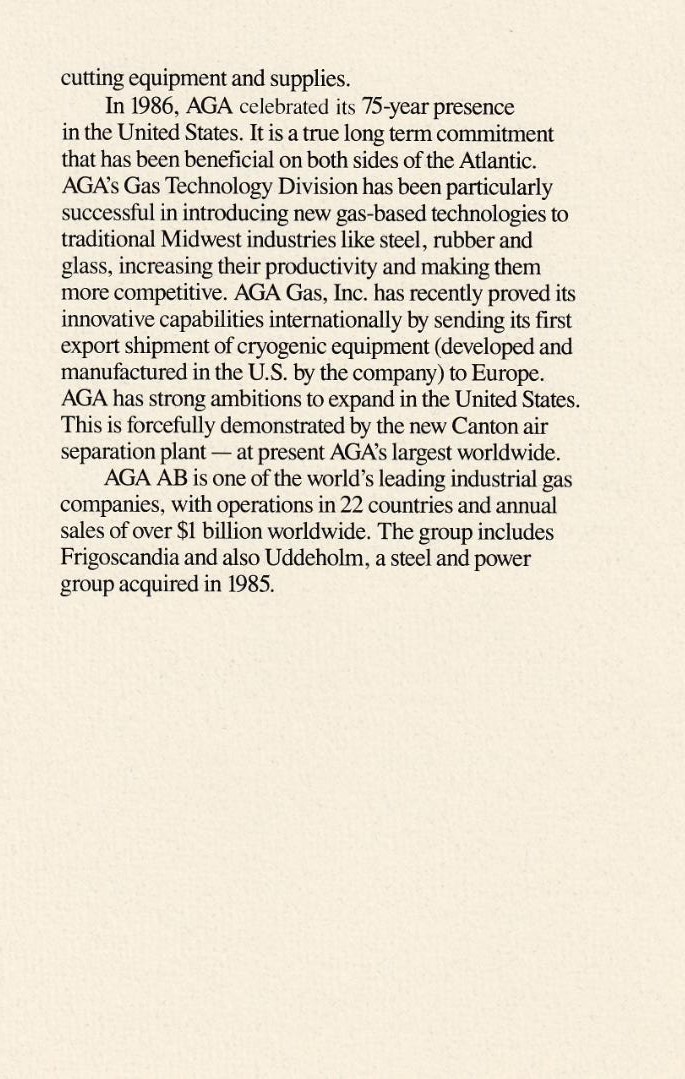 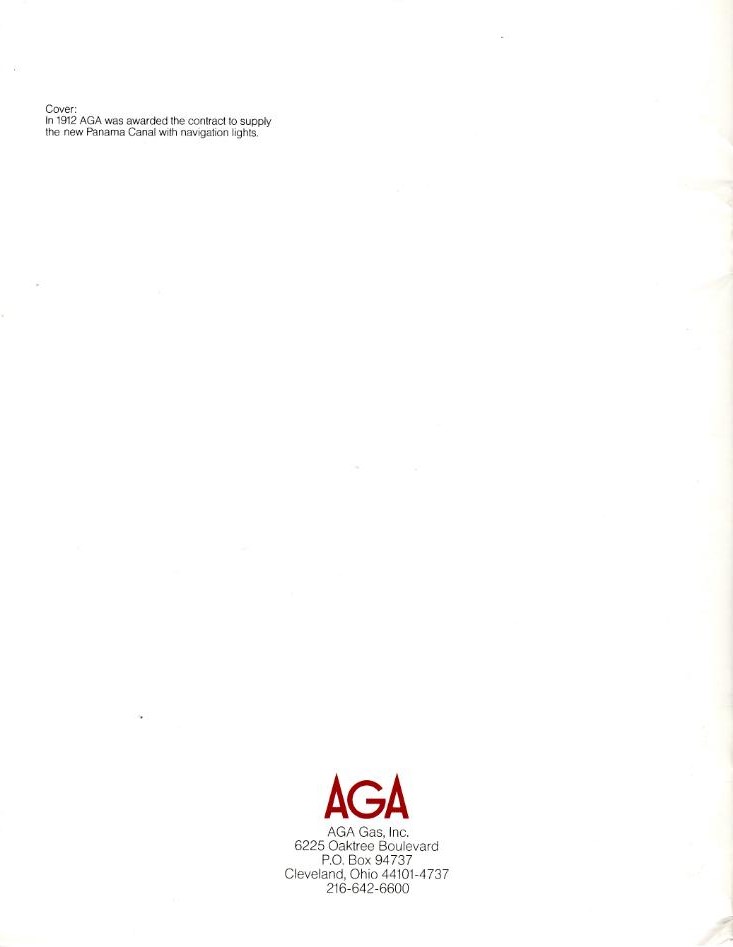