Manufacturing industry uses various types of plasma welding, the differences depending on the shape of the nozzle and the type of arc.

Plasma arc welding is a common method of welding metals. This technique is reminiscent of TIG welding; the electric arc burns between a tungsten electrode and the work piece. In plasma welding, the most important difference lies in the arc being forced through a restriction in the form of a water-cooled nozzle. The arc is therefore very concentrated, which provides several advantages.

Plasma welding’s greatest advantage emerges when welding thicker plates (2 to 8 mm), in whose case the ‘keyhole’ technique can be used. The keyhole technique involves melting a hole through a plate, using a powerful plasma arc. As the burner is moved across the plate, material melting from the leading edge of the hole is forced back towards the hole by the arc pressure. There, it forms a seal due to surface tension and solidifies. A homogenous weld is created and complete full-penetration welding attained.

Plasma gases create plasma between the electrode and the work piece. When welding stainless steels, argon or a mixture of argon and hydrogen is used as the plasma gas. When welding non-ferrous metals, mixtures of argon and helium are used. In addition, a specific shielding gas is required, in order to protect the molten pool and the heat-affected area. This shielding gas exits from the outer nozzle in such a way that it surrounds the plasma arc and prevents air from reaching the arc area and the weld pool.

Depending on which gas is used, the shielding gas can have a clear effect on the arc energy. Normally, the shielding gas and plasma gas are one and the same. A root protection gas protects the molten weld pool and the area affected by the heat on the root side of the weld. A contact shoe or rail is sometimes used to protect heated areas further behind the weld pool.

The ultraviolet beam of the arc, the gases created during welding and other fumes, are all covered by specific safety requirements. 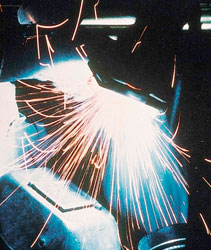 Plasma refers to partly dissociated, partly ionized and conductive gas formed of separate molecules, atoms, ions and electrons which has been heated to a high temperature. In plasma cutting, plasma is used to melt the base material and transfer the molten base material away from the cut.

The production of plasma requires gas, energy in a suitable form and a burner. Plasma gas is a medium from which plasma is formed. Plasma gas is ionized in the nozzle. Suitable plasma gases include argon, hydrogen, nitrogen and their mixtures as well as pressurized air and oxygen.

Suitable for use in the plasma cutting of stainless steels

Other plasma-cutting gases: nitrogen and oxygen. 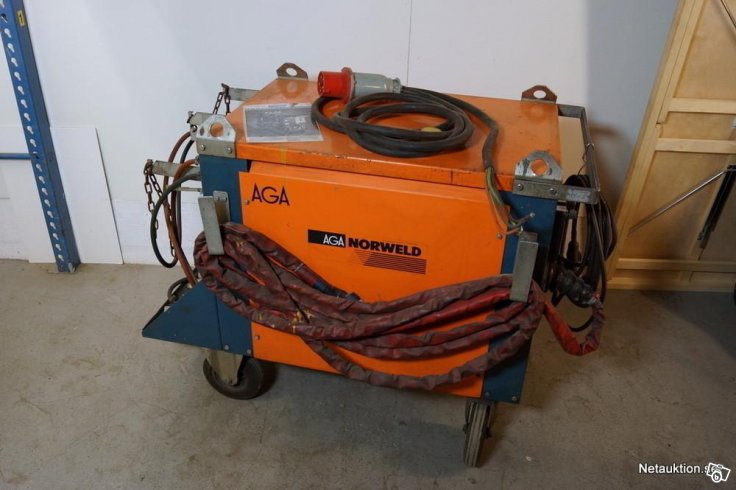 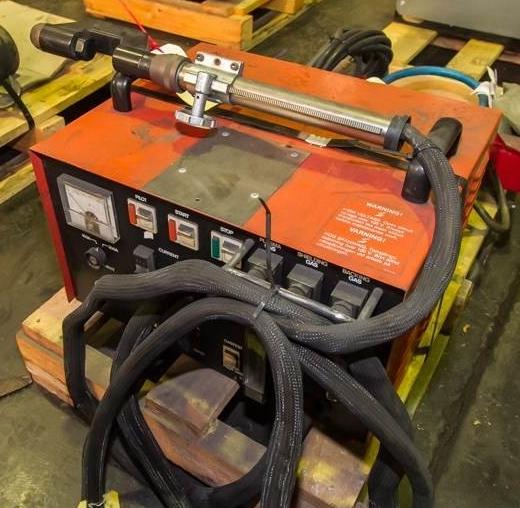 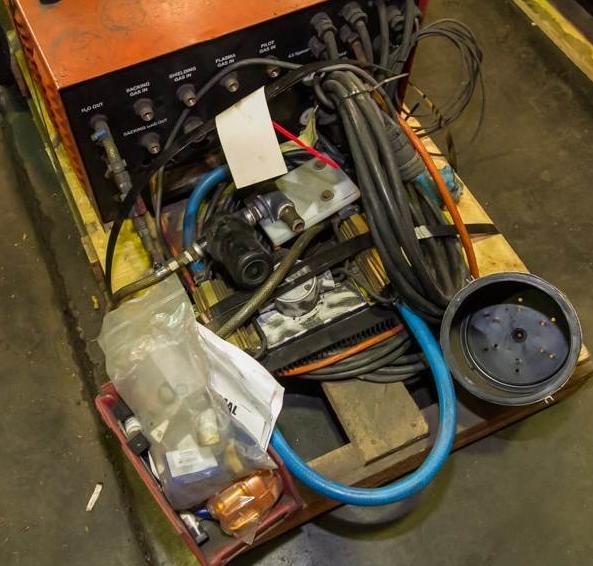 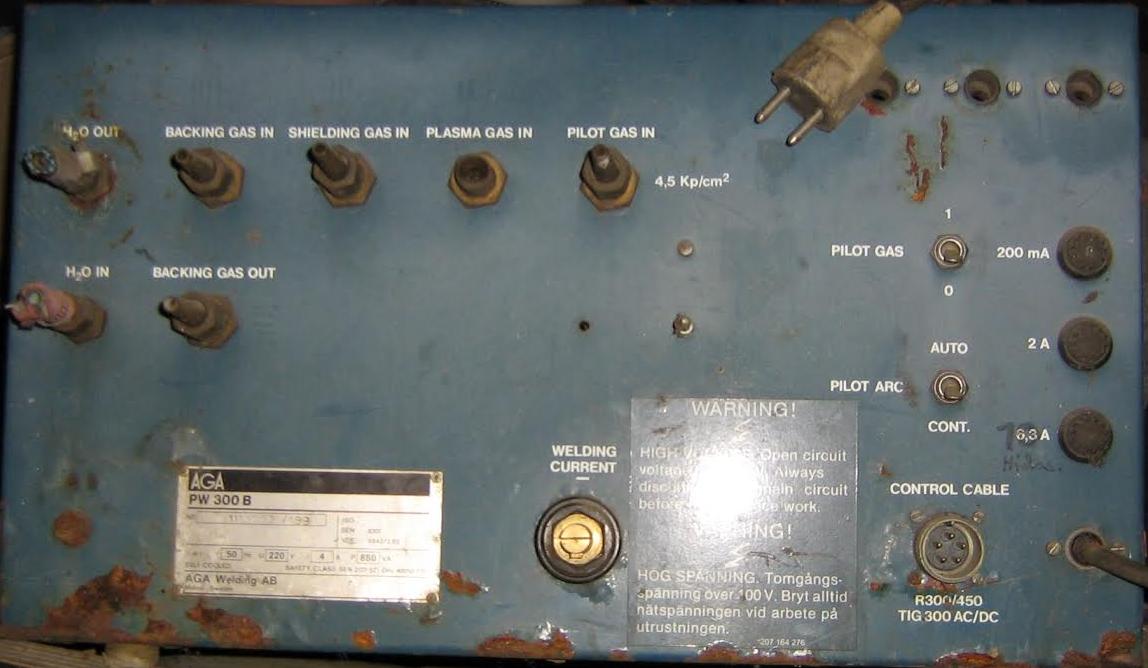 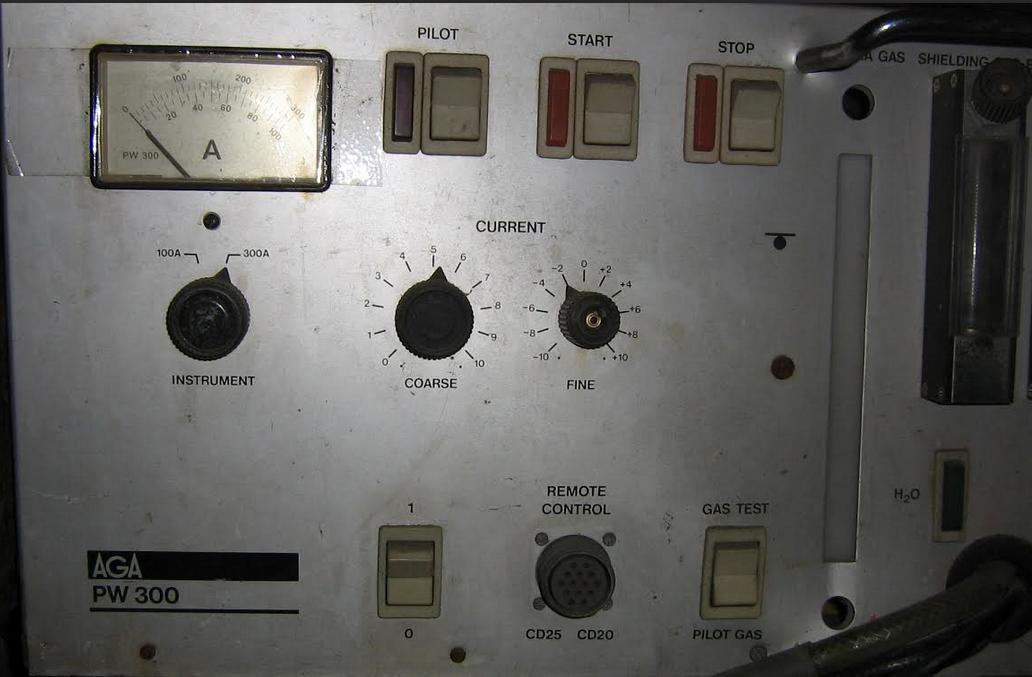 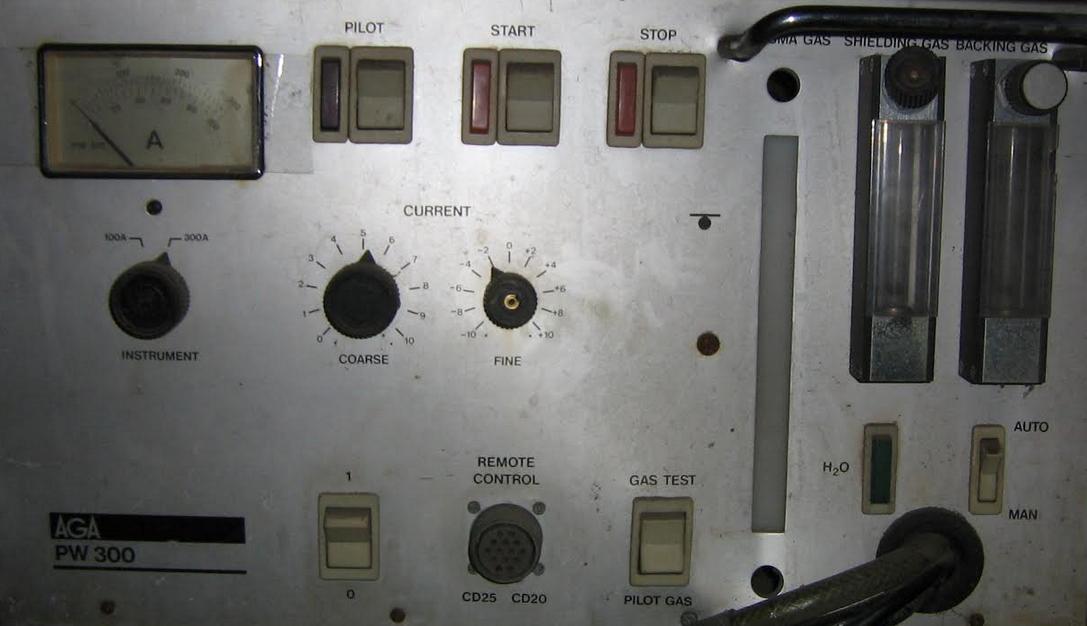 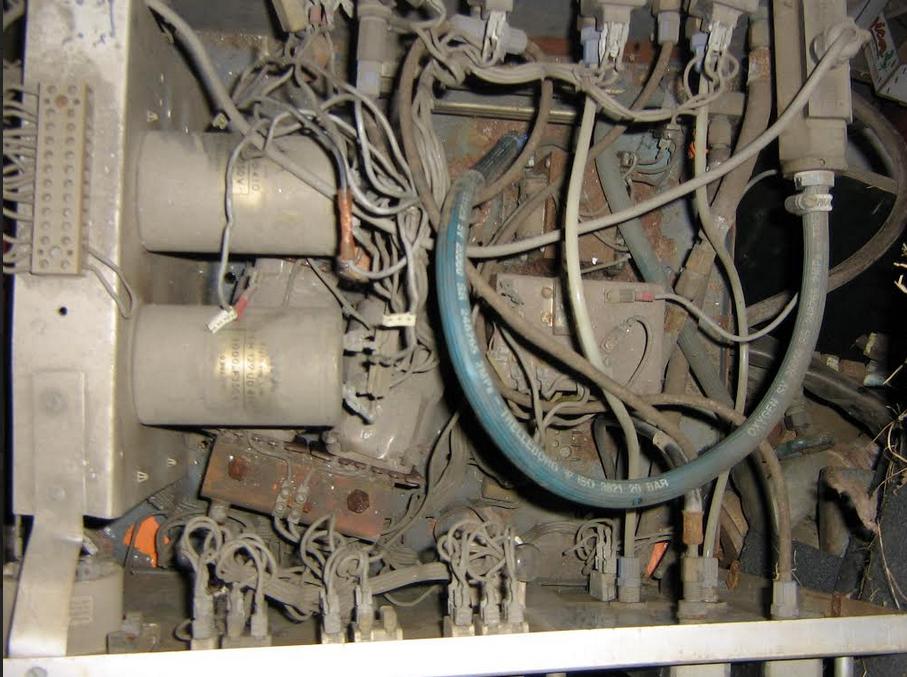 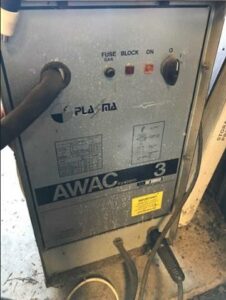 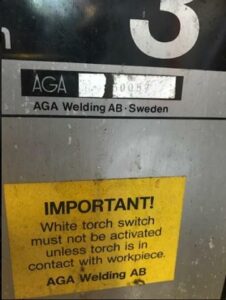 AGA Awac 3
The name of AGA
The manufacturer is a different company?
Who has information?
aga.museum@gmail.com